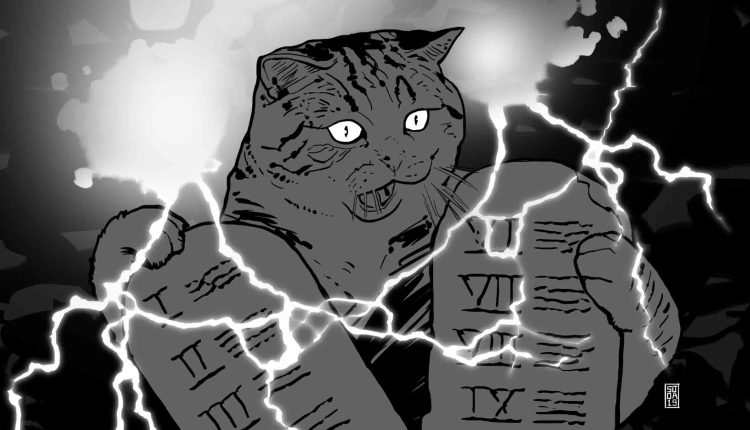 It is very difficult to write a theory of Blood Bowl. Already, there are very few coaches who have a global and coherent idea of the game. Then, in the heat of the action, even legendary coaches rely more on their flair and creativity than on a logical system. All legendary coaches run their teams in this way and it is this incredible ability to improvise that allows them to win matches.

But when you do not play a match and try to teach in writing, you need clear ideas and logic. And it is because this exercise is difficult that the majority of articles about Blood Bowl limit themselves to rehashing the same few easy-to-digest subjects when they are only a small part of what makes the difference between winning and losing.

The Art of Coaching is a theory aimed at raising the level of discussion above this mass of mediocrity.

Note that this Blood Bowl theory is under construction, that the author’s thoughts are ongoing, and that more points are added to it from time to time.

1. Blood Bowl games will happen with or without you.

2. Focusing on player skills, coaching aggressively or spending wildly on star players is not enough to win consistently. If your coaching skills are not up to par, then others will overrun you. If you coach unwisely, only you will weaken yourself.

3. While luck often seems to favour one coach over the other, legendary coaches make sure the playing field is tilted in their favour, thus ensuring that their opponent’s first mistake or bad luck will be fatal.

4. There are six domains to master in order to stack the deck in your favour.

11. Teams blossom and fade based upon what their coaches truly understand or misunderstand each game.

26. Some games are won or lost before the first trill of the ref’s whistle. Even though a game plan rarely survives the heat of a match, preparing one readies a coach for what may come his way.

4. Do not go toe to toe against a stronger team unless you must. Know that the numbers needed to win a fight will prevent you from winning the game. The wise coach keeps his players healthy and focuses on leveraging their strengths to achieve his goals.

1. Good coaches first place their team beyond the possibility of defeat, and then steadfastly seek the opportunity to defeat their opponent.

4. You can be a great coach without actually winning the game.

6. The number of tactics making use of Agility is as inexhaustible as the fuel supply of a chainsaw.

8. There are no more than four colors of snotlings (minotaurs only see yellow, green, blue, and violet), yet when a few are squished together they produce an infinite variety of hues.

9. There are no more than four cardinal points, yet the indecision of an ogre can be limitless.

29. Tactics are like a torrent of Bloodweiser ale in its natural course, flowing from an elevated keg and finding its way into your belly.

30. So on the pitch, the way is to avoid what is strong and to go after what is weak.

9. If all your team goes for it twice, you will lose a player and up to seven of them will reach your goal.

10. If those same players do not go for it with the same object, they will all narrowly miss it.

10. Reduce the abilities of a pessimistic coach by relentlessly blocking his players; multiply the number of decisions he has to make; keep his team constantly under pressure; keep your most flashy players mobile and rush them where he will despair.

12. The five most dangerous faults that may affect a coach are:

16. Nothing increases strength of character and presence of mind more than the desire to win.

17. The abuse of this desire leads to the greatest incivilities between coaches.

18. Nevertheless, this desire confers to a coach his competitive nature. It is what awakens in him the desire to do better than his peers, a desire that is indispensable for exceptional coaching. It is the spur that stimulates him and prepares his victories.

6. Air tight defences prevent your opponent from committing a mistake. You are then playing the game for him.

25. When the catchers come out first on the pitch and take up position on a wing, be wary of a localized breakthrough followed by a quick touchdown.

33. It is a good omen when your opponent keeps shuffling his players around before the opening kickoff of the game.

36. Frequent exposure to the whims of luck is a sign your opponent is at the end of his resources. Too much bad luck reveals his team is stressed to the breaking point.

42. If you oppose a coach on the sideline before befriending him, he will coach his team more fiercely than usual on the pitch.

43. Therefore, coaches must be treated with humanity and opposed only on the pitch. This is the road to winning games.

17. When a coach focusses only on the best players, it results in a loss. The best teams win through coordinated action of all players.

26. If the league commissioner is indulgent but unable to make his authority felt, kind-hearted but unable to step up and ensure the good functioning of the league, and incapable of quelling disorder: then his coaches will be likened to spoilt children.

22. Even a coach may become worn out by too many games and too much stress. Observe and understand your limits and, while honing your skills, beware of overtaxing yourself.

7. A reaction is the natural response of a coach to the threat arising from a successful penetrating pass. If your opponent does not react to it, then he is not playing instinctively. Be suspicious, as you may be playing his game for him.

21. A team destroyed and rebuilt is not the same team and will never have the same synergy. Dead players can never return to life, at least not as fresh and springy as they were before. Yet, you must coach them to their deaths. Do so wisely and for worthwhile advantages.

5. Awareness cannot be obtained from Nuffle.

21. The opponent who is observing the on-pitch situation with too much curiosity must be tempted with ale, cookies and other goodies of the sort, led away and most comfortably seated in a laid back chair. Thus his eyes will lose all curiosity in the minutiae of the game.

Ian H. McKinley
The players reacted to his news well-enough, or so Umberto thought at any rate. The Xonyxas glanced at each other…