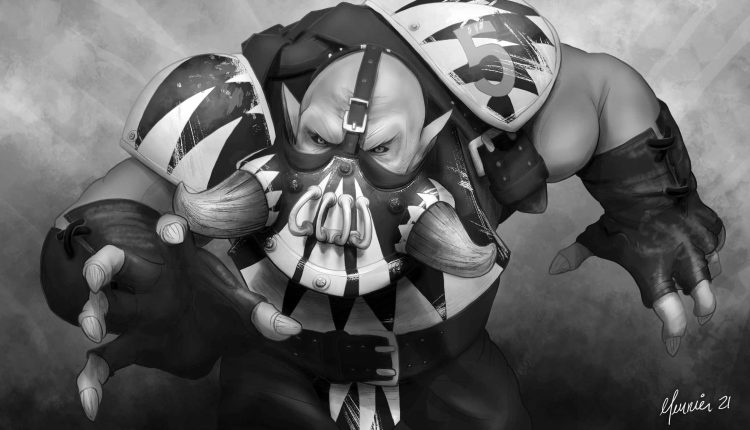 I’d like to caveat this article with this being my initial thoughts on Black Orcs from a tournament perspective without really having played them. Don’t take this as gospel, but rather a point of view, which may or may not prove to be true once we’re able to play tabletop games again.

Why did I write this article? Well, I’m interested in hearing thoughts from others on this new team and to start the discussion, I’ll share mine first.

From what I’ve heard, most people view the Black Orcs team as a worse version of the Lizardmen team and I don’t agree with this statement. They are similar if you look at the team roster as there are six strength four blockers, a big guy and some stunty linemen. However, the Black Orcs play differently, in my opinion.

How do they play and how do they differ, I hear you say. Well, I don’t believe that the Black Orcs are a controlling team like the lizardmen.

The quickness the Lizardmen possess enables them to defend the whole field and if you manage to get past their defense, it’s hard to run away from them. They are also fast enough to score in two turns and can easily switch their game plan to a 2-1 grind tactic. The team can even score a one-turn touchdown out of the box if need be.

On the other hand, the Black Orcs don’t have the Lizardmen’s speed and need to use a different tactic to win. They are the kind of team that benefits from having a numbers advantage as they must avoid leaving gaps to exploit in their defense. Sure, it would be great to take Mighty Blow on a couple of black orcs to help work towards a numerical advantage, but I don’t think this team has this luxury as other skills are in higher demand. So, how do they work towards a numerical advantage? Well, they’ve got cheap linemen in the form of goblins and access to discounted bribes. I believe that they need to incorporate fouling into their strategy as it might prove difficult to win without it.

Let’s have a look at the players that make up the team in detail.

Black orcs are slower than a lizardmen saurus, but start with Grab and Brawler. Both good skills, but neither would probably be chosen as a starting skill for a saurus. Brawler lowers the risk of a turnover and opens up for taking Guard as the first skill on some of the black orcs in the team. Normally, Block would have been the first choice and it will probably still be on some of the black orcs. However, taking a Guard player or two isn’t a crazy idea as it will help you keep the strength advantage as well as helping your goblins with their fouls.

Grab will also help with fouling as victims can be dragged behind the black orc line to get a good kick from a goblin. Grab can also help the team move forward at a slow pace.

These goblins are 5k more expensive than a regular goblin, but they get Thick Skull for that. It might not seem like a big boost, but I consider it to be so. They are now comparable to other AV7 linemen (Dodge balancing out the fact that other strength 3 players get two dice against them) and they can be set up on the LOS, if required. Their main roles in the team will however be ball carrying, screening and fouling. The way Sneaky Git works in BB2020 makes it a great skill for your dedicated fouler. Having the ability to foul and then move means that you might not have to give up too much positioning for the foul.

A trained troll, not much to say here really. A solid big guy that shouldn’t be used for blocking all that much. In fact, I’d advocate putting Guard on him (Block first in a league or a tournament with a larger skill budget) and using him as a pillar, just moving when needed and avoiding unnecessary risks of losing his tackle zones.

The addition of Projectile Vomit will also reduce the risk associated with the troll.

Lastly, the troll enables OTTMTDs, but I wouldn’t rely on that strategy although it might be necessary to give it a go sometimes.

In a tournament with 1100k and 36 SPPs to spend, I’d go for the following roster

Sadly, there’s 5k left over after buying the players, but I’d rather have 6 goblins than 2 bribes as I’ll need the players on the field, but that could be a variant. Another reroll wouldn’t hurt either, but you’d have to give up too much for it. It seems like the Black Orcs are 5k or 10k short of the ideal roster.

Regarding the skills, I believe that black orcs need a bit of Block instead of depending on Brawler. The Block black orcs would be my dedicated blitzers (Brawler doesn’t work during a blitz action). I also added a Tackle black orc for those pesky blodge elves and skaven. A vomiting troll can also do the job here, but I wouldn’t rely on that player for that role. The Guard players are there to keep the strength advantage and assist with blocks and fouls, trying to keep them in the center. Finally, I’ve given my dedicated fouler Sneaky Git, which will hopefully make up for the single bribe.

These are my initial thoughts on the Black Orcs team and my current strategy for future tournaments. Once I get some experience with the Black Orcs team (online and/or tabletop) I’m sure that my thoughts will change and I plan on revisiting this article to adjust accordingly. Sadly, theory bowl is all that’s available at the moment. Please leave a comment with your thoughts on Black Orcs. Do you agree with some of my points or am I way off?

Pedda is a Swedish coach living in Berlin. He’s mainly a tournament player, having played against coaches of many nationalities. These days he’s sharpening his wits in preparation for his return to the post-covid tournament scene.

8 Comments
Keep up to date!
Sign up here to get the latest news, updates and special offers delivered directly to your inbox. It will only happen at most once a week. We promise.
You can unsubscribe at any time
Wanna get lucky?

Ian H. McKinley
Jacyntha whispered the words to herself, she realized, to give herself the courage she needed as she studied the…