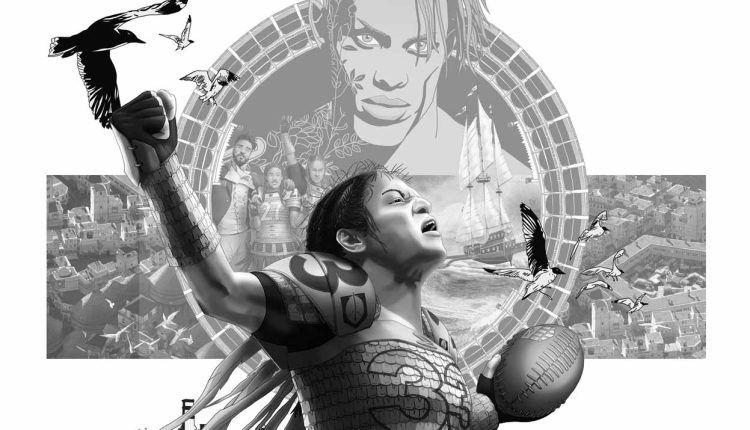 Up and Under is an innovative collaboration between an award-winning artist and a recognized writer of fiction.

Ian H. McKinley published his first fantasy novel, The Gallows Gem of Prallyn, in 2014. On the strength of this debut effort, he was invited to participate in the 2016 Frye Festival, Atlantic Canada’s largest literary event, as a “Prélude Emerging Writer”. His second novel, Harbinger, is being readied by the Ottawa-based publisher Lugar Común for re-publishing in two volumes this upcoming spring.

Meunier is a versatile illustrator specialized in aquatic species. His work appears in museums and aquariums in both Québec and New Brunswick, as well as in Québec’s national parks. He was part of teams that won artistic awards (the Baines AZA Award, Canadian Association of Zoo and Aquariums, and the Excellence award from the Canadian Museums Association for Exporail – The Canadian Railway Museum, in 2004).

Available from Amazon
Harbinger : Book One of Northern Fire
The Gallows Gem of Prallyn

This book is a work of fiction. Any references to historical events, real people, or real places are used fictitiously. Other names, places, and events are products of the author’s imagination, and any resemblance to actual events or places or persons, living or dead, is entirely coincidental.

Ian H. McKinley
Karsgaard Neuvil studied the buildings forming the outer burghs of the Dark Elf city of Halos as they slide past…